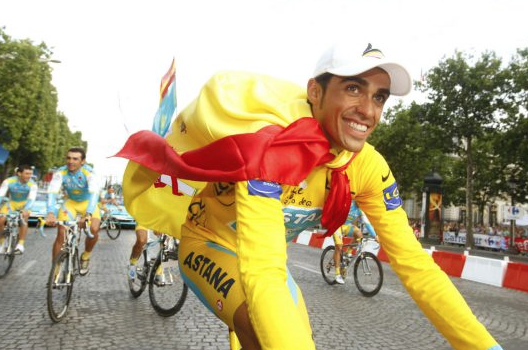 Contador, who signed on a one-year deal with the option of a second, will be tasked with wining the Tour de France, but he wasn’t the sponsor’s first choice, with Vincenzo Nibali top of the initial shopping list.

“Having an Italian sponsor meant that signing an Italian rider was the first choice. So we went and investigated as to whether he was available,” Guercilena told Cyclingnews recently.

Nibali eventually left Astana for the new Bahrain-Merida team, a squad whose main focus is to deliver Nibali to success. That – not money – was the main reason why Nibali chose the Middle East outfit, according to Guercilena.

“I think we were quite close with him. There were some differences in numbers but I don’t think that’s the main reason he decided not to come. If you look at the team he’s going to ride for, it’s a team that’s entirely built around him. Here we have our set-up and for sure we accept riders coming in with a small group but we weren’t founding a team around him.

“It was just a matter of different opportunities. With the rest, we have our style and we sign riders who love a challenge and who race with emotion and put a lot of heart into it. As a coach I was all about the numbers but I love riders who are able to anticipate and to attack at the right moment. That’s why we’ve gone for riders like Degenkolb, [Jarlinson] Pantano and Contador.”