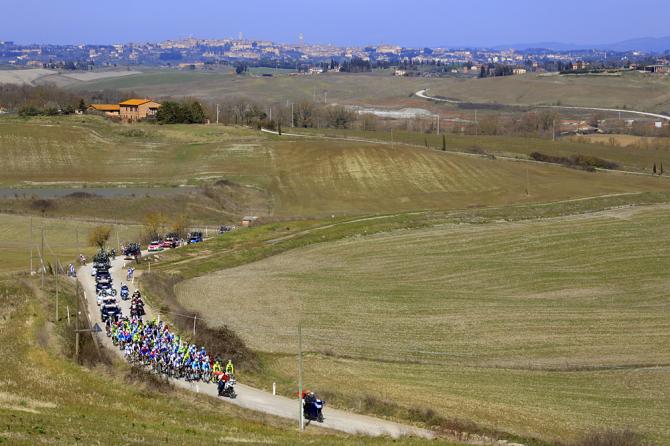 Italian one-day race in first year on the WorldTourVincezo Nibali will travel from the Middle Eastern desert terrain of the Abu Dhabi Tour to the rolling dirt roads of Tuscany for Strade Bianche on Saturday as he leads the Bahrain-Merida team in the first WorldTour edition of the Italian one-day race.

“It’s a race that I really like,” Nibali said. “Seems a Northern Europe classic with many opportunities to attack. It’s a very tough race, but at the same time very charming.”

The 175km route starts in Siena and finishes there after “a twisty and undulating course, with no long climbs but with punchy hills, most significantly on the unpaved parts,” according to the race website. “There are roughly 62km of gravel roads, appearing in 11 sectors.”

“[It is] a Paris-Roubaix in Tuscany,” said the rider from Belarus. “You’re always on the limit; It is a race to see who resists more. I like it, the only problem if it rains the gravel roads become dangerous.”

Bahrain-Merida diretor Alberto Volpi expressed confidence in the make-up of the Bahrain-Merdia roster, especially for the specific conditions on offer.

“I am sure to have an excellent team, with some of these guys very well suited to difficult and particular route,” he said. “Our goal is to have more men in the final to stand beside our captain, Vincenzo Nibali, and put ourselves in conditions to play the most of our chances.”