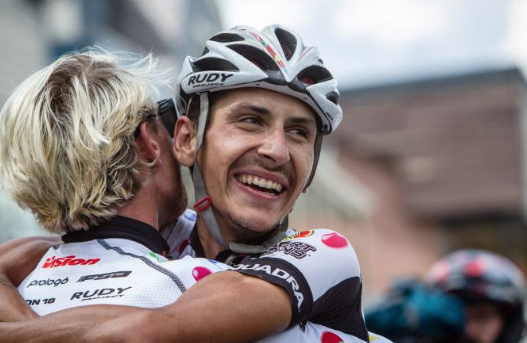 Lachlan Morton says that his return to WorldTour cycling feels like his first time at the top tier after spending two years away. After a strong 2016 campaign, Morton penned a contract with Dimension Data and is set to make his debut at the Tour Down Under in two months’ time.

“That has been the goal for the last year, to get back to the top level. It was pretty much 12 months ago that I found that drive and decided what I wanted to do,” Morton told Cyclingnews from the Dimension Data training camp in Cape Town, South Africa. “To realise that and be here at a training camp and getting ready to do a WorldTour season, in a lot of ways it feels like the first time.”

Three years ago, with a good WorldTour contract under his belt, Morton fell out of love with cycling. As a 10-year-old, he knew that he wanted to be a professional bike rider, making his way quickly through the ranks towards his first professional contract at the age of 20. Now that he had made it, he was no longer sure if it was what he even wanted anymore.