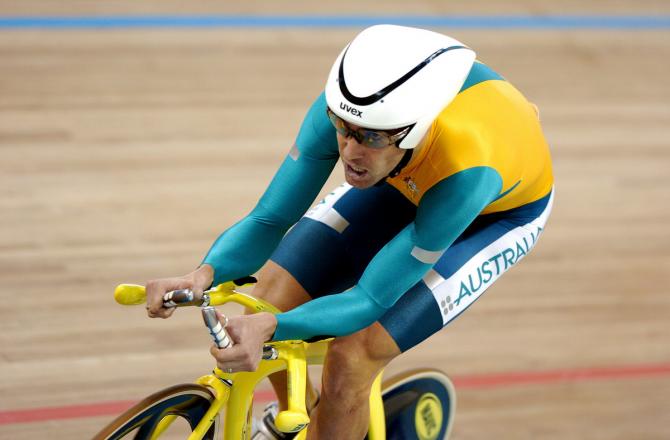 Brad McGee, a five-time Olympic Games medallist, two-time world champion, and wearer of all three Grand Tour leader’s jerseys, will be inducted into the Cycling Australia Hall of Fame later this month. McGee and Jack Hoobin join Katie Mactier and Julie Speight as the inductees for 2017.

“Then it starts to display its full weight, I’ll allow myself a day or two to step out of my current roles and go back in that space because these are once-in-a-lifetime opportunities to stop and reflect.”

McGee announced himself onto the world cycling scene at the 1994 Commonwealth Games, winning the first of his five career gold medals in the individual and team pursuit. McGee continued to enjoy success on the track and in 1999, signed with the French Française des Jeux squad. A year later, he won bronze in the Olympic games individual pursuit just 18 days after breaking a collarbone.

McGee would balance a road and track programme for the majority of his career with success on both fronts. At the Tour de France, McGee won two stages and enjoyed a stint in yellow during 2003 after success in the prologue. He added the Giro d’Italia prologue to his palmares the following year and with the win, two stints in the pink jersey. He would finish the Italian Grand Tour in eighth place overall. In 2005, McGee then completed the Grand Tour set of leader’s jersey at the Vuelta a España.

The 41-year-old moved to Team CSC for one final season on the road in 2008 before moving into a sports director role with the team at the age of 32. He has since left the WorldTour for coaching roles with the NSW Institute of Sport and Cycling Australia where he is the head road director.

“It’s more embarrassment now to reflect or vainly go over my own successes – I have a tough time stepping into that space because I’m like ‘hang on a minute, I’m coaching here and trying to make the most of my athletes and systems pushing forward’,” he said. “I’ve purposely kept out of that ‘when I was a boy’ space because it’s another interpretation of cycling now. I’m 10 years retired and things move pretty quick in any industry let alone high performance sport.”

McGee was awarded an Order of Australia Medal (OAM) and is also a former Australian cyclist of the year.

Along with McGee, 1950 World Amateur Road Champion Hoobin will join the Hall of Fame. Hoobin, who passed away in 2000, rode the 1948 Olympic Games to finish in sixth place but remained humble when speaking of his exploits.

“Dad was a very private man so we didn’t hear a lot about him being a world champion until we were a bit older,” said his daughter Tina. “We think he would have wanted to be remembered for being an honourable man who worked extremely hard to achieve an amazing status of world champion.

“He was always humble about being a world champion and we think he would have been very proud of this honour as he was when he was inducted into the Sport Australia Hall of Fame in 1991.”

Hoobin was also the inaugural winner of the Sun Tour in 1952.