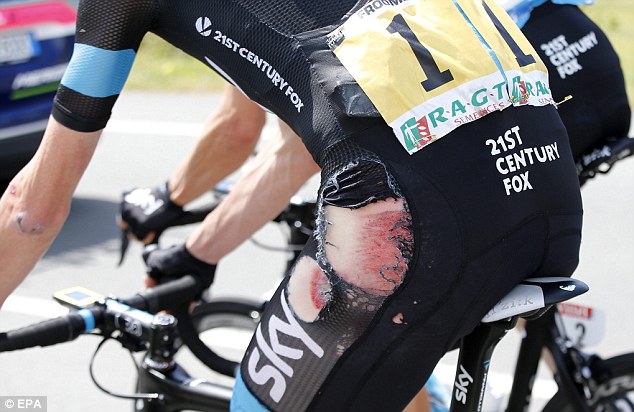 The Team Sky leader was at the front of the peloton trying to stay out of trouble, but that’s exactly what he found when he nudged shoulders with an Orica-GreenEdge rider.

The Orica rider had, in turn, nudged shoulders with a Katusha rider and then edged into Froome’s path. Froome leant into the collision and then almost lost control as he ricocheted off to the right.